Your Mercedes is full of so many parts and systems that as an average driver, it’s almost impossible to be clued up on all of them. It is useful, however, to know some of the common part failures specific to your make and model of car. The glow plug timer relay can fail in Mercedes vehicles, and as a working relay, it is needed to start the engine. Let’s take some time to get you up to speed on how to notice and deal with glow plug timer relay failure in your Mercedes.

The glow plugs are used as an alternative to traditional spark plugs. They work by generating high temperatures to combust fuel instead of creating a spark. This is most commonly seen in diesel Mercedes engines. In a diesel Mercedes, high pressure levels and temperatures created by engine cylinders ignite the fuel. The glow plugs are needed to provide the heat that is required. Without the glow plug performing correctly, starting issues and reduced performance become much more likely.

The high level of heat that the glow plugs are able to produce can cause a lot of damage if present for too long. On a similar note, if they aren’t powered for long enough, then there won’t be enough heat to combust the fuel successfully. To resolve this problem, the glow plugs use a glow plug timer relay which tells the plugs when to work and when to cease in order to both protect the engine and allow it to combust successfully.

Without the glow plug timer relay, the plugs may fall out of time with the rest of the engine system, causing starting and combustion problems.

There are 3 main signs of glow plug timer relay failure. Being aware of these signs can help you to take action more quickly and prevent the severe damage that can be caused by glow plugs lacking correct timing.

As the glow plug system works closely with the engine, when a problem occurs, it can trigger the engine management light, also known as the check engine light. This warning indicator is designed to safeguard the engine by advising the driver of any problem with the engine or any of its connected parts. When the light illuminates, you should have an experienced mechanic diagnose the problem, as the EML can light up for a variety of reasons.

If you’re a resident of the Orange County area, 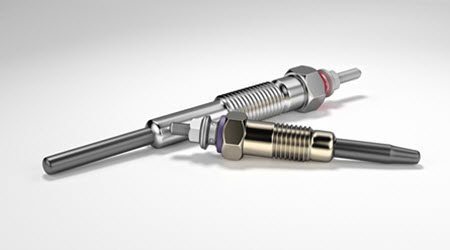 including Mission Viejo, Lake Forest, Costa Mesa, Irvine, Huntington Beach, Laguna Hills and Laguna Nigel, CA, then we recommend speaking with our team of expert mechanics as soon as you notice a decline in the performance of your Mercedes. We’re familiar with the different problems the glow plug system can develop and will be able to quickly assess and rectify the problem, allowing you to return to the road safely, far quicker and at a less expensive rate than our competitors. Call us today to set up an appointment convenient with your schedule. We are also available for a consultation, so stop in today at Mark Douglas Motorworks for all your Mercedes service and maintenance needs.