Mark Douglas Motorworks is a family owned and operated auto repair shop that is dedicated to providing top quality service & peace of mind for each and every customer. With over 15 years of experience and a reputation for offering exceptional work, Mark is recognized by his customers as an honest business owner and knowledgeable service provider. He has clients from Northern California to San Diego who trust his expertise exclusively. He is a factory trained and certified Master Technician with decades of experience working with Exotic cars including:

Quality Service is Our Business

MDM believes regular maintenance is important for keeping your car running great for many years to come. We perform factory recommended services using the highest quality parts & materials. Our services & repairs come back with our 24-month/24,000-mile warranty. Taking the time to talk with owners is also something that Mark believe has helped make Mark Douglas Motorworks stand out. There will be a visual inspection, written estimate, and Mark will keep you informed throughout your car’s repair process. MDM prides itself on great customer service; therefore, many clients often recommend him to their relatives and friends. Please check out our reviews on Mark Douglas Motorworks, Bimmershops.com, and Yelp.

MDM provides exceptional exotic auto repair services and believes that regular maintenance is important for keeping your car running for many years. We will perform factory recommended services using OEM parts on all repairs. This allows us to provide the most complete maintenance & repairs for your car possible, handling everything your car needs in-house.

Our customers are very important to us and we always believe in honest, quality
service done right. Please call or visit us today to learn more about our service
programs or with any questions about the repair process. 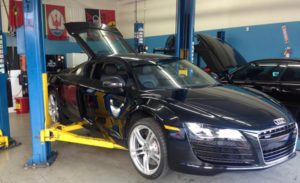 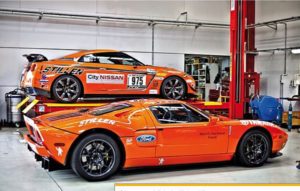 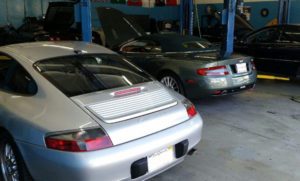 Mark got his start in 1998 working as a diesel technician.
Seeking to broaden his technical skills he attended Universal Technical Institute. He then enrolled in the BMW STEP program. After graduation he worked for Sterling BMW in Newport Beach, California and earned his title as Master Technician. In June of 2006 Mark also started working for Steve Millen Motorsports where he was a technician as well as a fabricator. They completely disassembled and race-prepped a 2005 Ford GT and 2009 Nissan GTR. He traveled with the Stillen crew as a rally technician for the 2006, 2008, 2010 and 2011 Targa New Zealand Race and the 2009 Targa Newfoundland race. After 7 years with BMW, Mark wished to expand his knowledge of exotic cars and went to work for Ferrari & Maserati of Orange County. With great pride and confidence in his work, and the realization that working on cars is not just a hobby or job, but his life’s passion, Mark decided to open Mark Douglas Motorworks in Mission Viejo, California.

Mark Douglas Motorworks is a family owned and operated auto repair shop dedicated to providing top quality service and piece of mind for each and every customer. With over 15 years of experience and a reputation for offering exceptional work, Mark is recognized by his customers as an honest business owner and knowledgeable service provider.