What Does a Camshaft Variator Service Entail in a Maserati?

Driving a Maserati is a true privilege, as they’re one of the most revered brands in the auto industry. If you’re a car enthusiast then you likely have a deeper appreciation for such a brand; however, even the most dedicated car enthusiasts have difficulty understanding vehicle mechanics when things go wrong. Over the past several decades, the automotive industry, including Maserati manufacturers, has worked hard on developing high-end vehicle performance standards by increasing horsepower and engine torque. One way this was accomplished was through the advancement of engine timing.

There are several symptoms that indicate an issue with the variable valve timing system, and unfortunately since the parts of the system are interconnected it’s difficult to know exactly where the issue originated from until a trained Maserati mechanic can examine the issue more thoroughly. However, paying close attention to the symptoms you experience, and perhaps even taking video of them, can help your automotive specialist detect where the issue is coming from in a shorter period of time.

Nearly all engine problems, especially those related to timing issues, will cause your check engine light to illuminate in your dash. This is one of the more concerning symptoms to a Maserati driver; at first the problem could be related to any number of issues. However, once this occurs, your Maserati specialist must read the specific valve timing codes your car’s ECU is outputting to pinpoint the problem. This procedure is performed with specific diagnostic tools and a Maserati specialist best interprets the codes, since every manufacturer differs in the codes they use for various problem areas of the variable valve timing system.

Variable valve timing issues, including camshaft variator failure, can lead to engine misfiring or rough idling. If you drive a Maserati, this symptom is alarming; we come to expect excellent performance in such vehicles, and it can be discouraging to experience such a decline in performance. Furthermore, since the system engages at higher RPMs, you may also notice an inconsistent RPM when the engine is under more stress.

Although Maserati vehicles don’t get particularly excellent gas mileage, it’s still important to note that gas mileage is almost always further affected by a failing camshaft variator, and sometimes we don’t notice this symptom right away—as it’s normal for fuel efficiency to fluctuate with our driving habits and conditions. The variable valve timing system plays a huge part in fuel efficiency, as it allows the engine valves to operate for optimal fuel use.

The Importance of a Differential Diagnosis

When assessing a variable valve timing issue such as a camshaft variator, it’s important to consider what the other potential origin points could be. For instance, the above-mentioned symptoms could simply be related to a failing sensor. Removing and replacing a camshaft variator often involves removing and replacing a few other parts, including the valve timing solenoid. In other words, it’s important that your Maserati specialist performs a thorough differential diagnosis to rule out the potential causes of the issue and address the other damages that your engine has sustained due to the problem.

How We Can Help 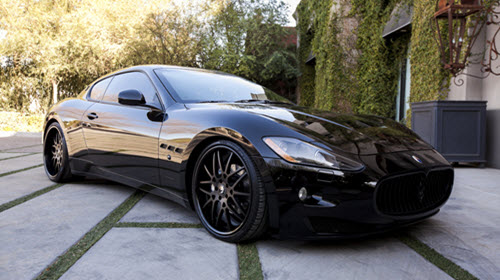 Mark Douglas Motorworks is one of the most highly-rated Maserati specialty shops in the Orange County area, including the following cities: Mission Viejo, Lake Forest, Costa Mesa, Irvine, Huntington Beach, Laguna Hills and Laguna Nigel, CA. As an independent, dealership alternative, we offer the highest-quality Maserati services and repairs at a portion of the cost. Variable valve timing issues, including camshaft variator failure, can cause a significant strain on your Maserati’s engine. Please contact us right away to schedule an inspection if you notice any of the aforementioned symptoms in your car.