Signs of Engine Mount Failure in a Aston Martin 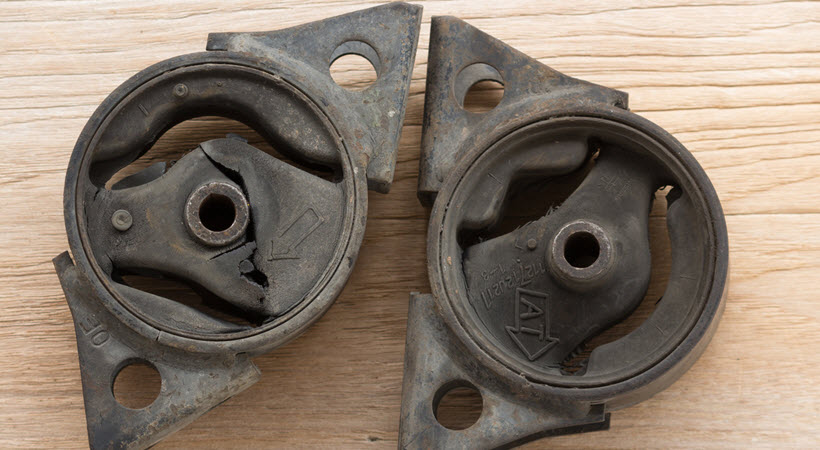 The engine of your luxurious Aston Martin is secured under the hood of your car using a mechanism called the engine mount. Though engine mounts are generally low-maintenance, they may wear out as your car ages.

When this important component of your engine develops a fault, it will significantly affect the performance and function of your Aston Martin engine.

The Purpose of the Engine Mount

Engine mounts are components of your engine made out of rubber and metal. They properly align, secure, and stabilize a vehicle’s engine by bolting it to the frame. When you engine runs, it produces energy via torque, which would twist the engine if it wasn’t bolted to the frame. Engine mounts also absorb vibrations and minimize the noise from the engine.

Generally, engine mounts wear out after 5 to 10 years, depending on how the engine is used and the driving conditions. However, engine mounts can wear prematurely due to excessive revving, pushing the engine hard then stopping in traffic, or if the car has been involved in a collision. Driving over road bumps and debris too fast can also increase the amount of stress on the engine mounts.

Signs Your Engine Mounts are Failing

If you perceive the smell of exhaust fumes in the cabin or your exhaust is making noises, exit the car immediately or drive carefully with all the windows down. This is a signal that the mounts of the exhaust have developed a fault or the engine mounts are failing.

Exotic cars like your Aston Martin typically need more maintenance than most cars. If you suspect that your engine mounts may be failing, 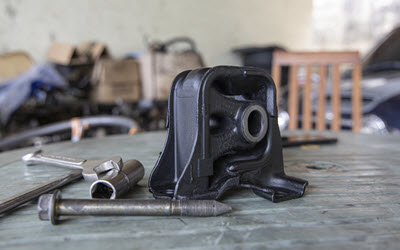 the best option is to reach out to our professional technicians and have your car inspected.

Call us at 949-472-8842 to schedule an appointment or stop by. Our friendly staff is available to help maintain the performance levels of your Aston Martin.